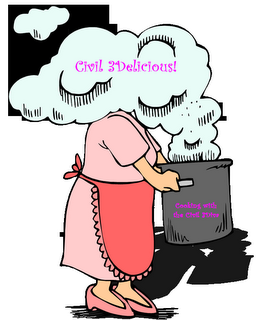 It's been a little while since I have had a chance to cook. Busy with Panorama, Civil 3D and life in general.

Mr. P. and I drove all night Wednesday and arrived the the grocery store at 3PM Thursday famished. We swore we would never go hungry again!

So I loaded up on things that I could make ahead and munch on all weekend.

This weekend's projects was pipes, as you may gather from Nick and my posts at www.Civil3D.com.

So as I sketched, imported, exported and generally piped my brains out, I would occasionally find my way into the kitchen and make a sandwich.

To learn more about my weekend piping adventures moving designs in and out of excel, check out my article Inverts Inverts Everywhere

This is a recipe even a frat house could pull off. A real man's meal.

Cook in crockpot on low for approximately 8 hours, or until pork is done and shreds easily with a fork.

Remove pork from pot, shred with a fork.

Pour liquid from pot into a large bowl.

Put pork back in pot. Add BBQ sauce. Use cooking liquid from the large bowl to thin the BBQ sauce as desired. Discard extra liquid.

Cook a few more minutes in crockpot unitl BBQ sauce is warmed up.