I have been spending a lot of time indoors lately. So I've been reading a lot of books. Being a republican and all, I've been avoiding reading An Inconvenient Truth: The Planetary Emergency of Global Warming and What We Can Do About It

. But, it has been on my list for awhile and though I didn't ever doubt that global warming was an issue, I figured it was about time I did a little more homework on the subject.

Al Gore brings up some good points and has some very convincing science. I would like to save the world, I really would. But the thing that appeals to me most is saving myself some cash right now- and if that helps save the world, then doggone it, I will do it.

The first thing I latched onto is this nifty lightbulbs. A quote that struck me was this one from Fast Company Fast Company:

"What that means is that if every one of 110 million American households bought just one ice-cream-cone bulb, took it home, and screwed it in the place of an ordinary 60-watt bulb, the energy saved would be enough to power a city of 1.5 million people. One bulb swapped out, enough electricity saved to power all the homes in Delaware and Rhode Island. In terms of oil not burned, or greenhouse gases not exhausted into the atmosphere, one bulb is equivalent to taking 1.3 million cars off the roads. "

There is also a video going around the net on the subject:

The second thing that struck me was something I read in Maximum PC (pg 29 of this pdf
http://dl.maximumpc.com/Archives/MPC0807-web.pdf).

The headline reads:
"Put Your PC to Sleep and Save Hundreds of Dollars"

Here is another article on the subject:
http://www.exoid.com/?page_id=47

At the very least, I try to turn off my machines overnight these days. I never really thought about how much it might be costing me. To save time on bootup, I just took just about everything out of my startup process and I really don't notice how long it takes. Maybe I won't be able to save the world or afford that Hawaiian holiday this year, but I could have a few extra bucks for the movies or planting trees or something.

So you know I could never approach a project as big as motherhood without my normal amount of research and hysteria, right? While pregnant with Panorama, I played endless Mozart and researched baby sign language. I made sure I had a well stocked toybox full of engineeringly appropriate baby toys such as blocks, gears, stackers and more.

This time, I stumbled upon an interesting book called While You're Expecting: Creating Your Own Prenatal Classroom

. This book discusses methods for communicating with your blessed unborn as well as research and interesting anecdotes about exposing children to things while in utero.

The story that stood out the most was one about a cellist who was working on perfecting a certain piece throughout her pregnancy. She played the tune just about every day for several hours. When the child grew up and became a musician himself, he always had a particular and seemingly unnatural connection to that certain piece and never could understand why.

Other studies show that babies who hear a certain piece of music, or hear a certain poem read seem to recognize, if not prefer, hearing those sounds as newborns and babies.

Since April 15th or so, I have been talking out loud just about every single day about Civil 3D. I've lead an AUGI CAD Matinee, many CAD seminars, custom trainings and about 20 days worth of Essentials training. The Essentials training is the worst because I must speak quite loudly and I repeat myself over and over again for each class.

Does that mean Prospector will come out wanting to hear me read the AOTC? Will I be pacing the hallway at 3AM with a screaming baby only to find out that repeating "General>Toolspace" and "Pick, Right Click, Select Corridor Properties" is the only way to soothe him???

Another book I am reading is called Why Gender Matters: What Parents and Teachers Need to Know about the Emerging Science of Sex Differences

For Christmas, my Dad gave me The Female Brain

which truly opened my eyes to the fact that despite my distaste for being called "Mrs. Probert", my BSCE and the lack of skirts in my closet, that my brain does indeed work differently from the male brains around me.

When Prospector turned out to be a boy, I wondered if I knew enough about boys... I mean... If there really is something to this Nature over Nuture idea, maybe I'd better study up.

So Why Gender Matters: What Parents and Teachers Need to Know about the Emerging Science of Sex Differences

talks about hard science- real studies of boys and girls, men and women. One thing that struck me is that little boys tend to think, act, draw and be motivated by "verbs"; where little girls tend to lean towards "nouns". For example, a little boy will draw a picture of a rocket flying and crashing into the moon, while a little girl might draw her friends and her on the moon with some trees and a kitten.

This explains why though my daughter does enjoy playing with her Cabella's hunting sets... She tends to act out little stories with them, while her male pals and cousins tend to zoom them off of cliffs and have the hunter actually hunt things.

So I decided that though I will still buy Prospector his own kitchen set and a doll or two, I must embrace boyness to a higher level.

I can teach him how to change oil, train a retriever, and build a fire, but I am woefully lacking in my understanding of tying knots, building tree forts, setting trip wires and skipping stones.

(My husband, being Canadian and all, can teach him about hockey, tapping maples and making snow angels.)

I began to panic... then I found this book that contained all of the answers.

The Dangerous Book for Boys

is 300 pages of everything a boy should know (or at least in the author's opinion). In addition to knots, treeforts and stones, it also covers pirates, important battles, invisible ink, essential grammar, coin tricks and more.

My copy arrived today, and since I have finished Harry Potter, I am hunkering down to read it and practice up my coin tricks. I have 43 days or less until Prospector arrives, and according to this book every boy needs to know 50 essential Latin phrases. Dang it. I should have ordered it last week so I only had to memorize one per day. Well, at least I already know Ad Hoc and Carpe Diem.

It was nice to see the Land Desktop users make the trip to the CADapult CAD Clinic at the Atlantic City Aquarium yesterday morning. I managed to catch one with my phone camera during the break. 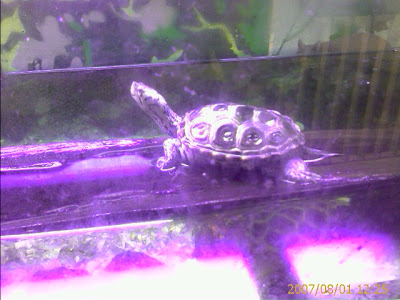