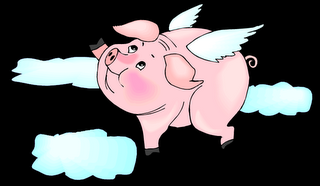 I have a giant pile of books stacked on my kitchen table- packages from half.com and ebay... So I am ready to crack into my summer reading list

I've already been through Cannery Row, and I discovered a sequel to Cannery Row called Sweet Tuesday, so I read that last weekend.

I have always enjoyed John Steinbeck, but these two books were really quite different from the usual high school required reading (or Oprah Book Club)- you know East of Eden, of Mice and Men, The Grapes of Wrath, etc.

These were funny and light but still meaningful. They were both really delightful reads.

I had set out to read Cannery Row in the first place because next weekend my baby brother is getting married and my family is staying right on Cannery Row. I am not 100% sure Steinbeck's 1930's and 40's have prepared me for modern day Monterey- but I know I will look for the Bear Flag and the Palace Flophouse anyway.

I think the thing I enjoyed most about these two books was what I read on the inside cover. Apparently, Steinbeck used a winged pig that he called "Pigasus" as his personal mascot along with the quote "Ad astra per alia porci" (to the stars on the wings of a pig).

The pigasus was supposed to symbolize Steinbeck as "earthbound but aspiring.... A lumbering soul but trying to fly...(with)...not enough wingspread but plenty of intention."

And I really liked that.

The other night I started Jane Jacob's The Life and Death of Great American Cities . So far, I am facinated, but too busy to become hooked just yet.

Dana you ROCK! I love your blog and all of your comments on the newgroups. This comment about Steinbeck and pigs just sealed it for me. I love pigs...for some strange reason...and I love this motto...I think I have a new motto! Wendy

Hi people
I do not know what to give for Christmas of the to friends, advise something ....