Here are some new Structure rules that you can use for your manholes and catch basins in Civil 3D 2007. 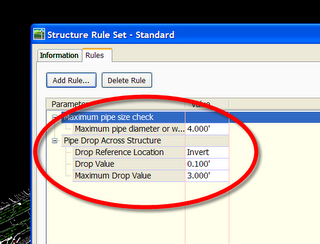 In my county, we need to put a 0.10 drop across Manholes. In Civil 3D 2006, we had to come back into the panorama after the pipes were laid in to the drawing. Now there is a new structure rule for drop.
Find it on the Settings Tab of the Toolspace under Structure>Rules 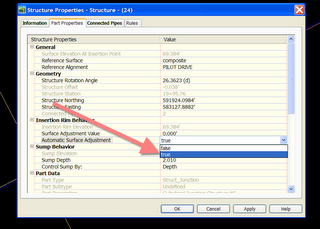 You might have noticed that you don't have to say "resize to model" anymore when you move your structures. That is because of this new setting that will have your pipe resize to its new location on the surface (or to a change in surface elevation). Change it to FALSE for surveyed rims. 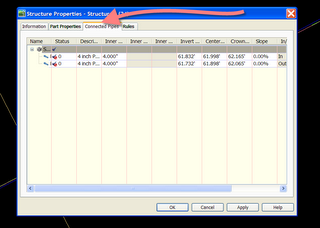 You used to have to dig around the panorama to find the pipes connected to your structure. Now, just pick the pipe and right click to structure properties and get a connected pipes tab.

MAKE A PIPE RUN FROM A POLYLINE OR FEATURE LINE
If you have a polyline or feature line that represents a pipe run, you can quickly turn it into a pipe network. Also note that if that polyline has 3D data, such as something from field to finish linework or a feature line, that 3d information will become your inverts. NICE! 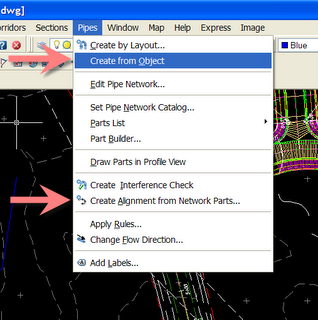 Since Civil 3D thinks of pipes as a network as opposed to Run by Run no alignments are automatically created. But now instead of tracing, you can go under Pipes> Create Alignment from Network Parts and choose the parts that you want to be part of that alignment. 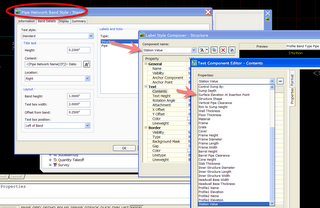 If you would like a pipe band under your profile view, you can now do it. Check out the screen capture (left) to see the wealth of information that a pipe band can capture.

Do you know how to create regular pipe structures like DIs or head walls and save them in a tool pallet?