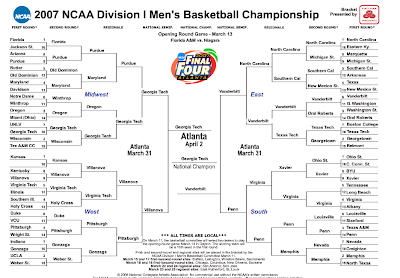 Not much love for my beloved Jayhawks.
Nova, Nova, You have us losing to Nova.